How does one sum up a life? In a word - inadequately. No brief verbal sketch can encompass a life as varied and nuanced as David's. Those who know David, know him. Those who didn't get the chance to while he lived are the poorer for it. The word Eulogy means "good words" in the original Greek so we will hold to that and say a few good words to give you a sense of the man David was.

David was born on the Gaspe Peninsula in Murdochville, a town that came into being because of a copper mine. Dave was probably too young to realize that when he moved with his family to the outskirts of Toronto at the age of three. Then again, maybe he did sense the presence of a nearby lode even then. He always seemed born to seek out value in all things and to know ore from waste. 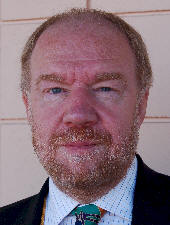 Dave had a fairly standard suburban upbringing though he managed to add a few unique twists to the experience. He loved Scouting and took it upon himself to earn badge after badge, ultimately pressing the Scout leaders to start a Venturer's troop to accommodate his enthusiasm. Scouting represented a way for David to pursue his love of learning new things and of passing that knowledge unto others, themes that would be repeated over and over in his life. David's enthusiasm did not go unrewarded. He was selected as a Canadian representative to the World Jamboree in Osaka Japan. At the age of sixteen David boarded his first intercontinental flight on his own. He told our mother on his return that he planned to visit as many countries as he could when he got older. He never looked back.

Even back then, David was always intensely interested in politics and economics and the big questions of the day. He took it as a duty to pass on his well thought out opinions, even when they were not exactly solicited, and he loved to argue his position. Those of you who know David well may have noticed that his nose was not perfectly straight. The bump in the middle was a trophy from a high school discussion that ended abruptly. He was always a little vague on the details. 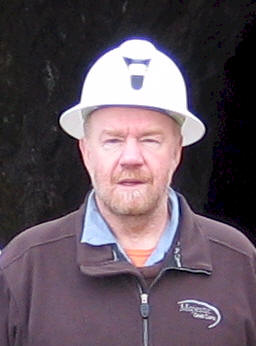 Mom always told us that David seriously considered becoming a priest or a monk when he was quite young. While we can't quite square that idea with Dave's wine collection it's not hard to picture him taking pleasure in long bouts of quiet contemplation.

Of course, Dave didn't move to a monastery but soon started spending time in what many would consider a reasonable facsimile; exploration bush camps. Dave started working in the bush during summers in high school and quickly caught the bug. He loved to explore, to crest the next hill to see what lay beyond and to unravel the meager clues Mother Nature left to guard her buried treasures. David had found a vocation and lifelong love. He attended the Haileybury School of Mines in Ontario then spent two decades exploring throughout North and Central America.

Later, David would entice his unsuspecting younger brother to join him at a local consulting group so that he could "clean up the books". Eric had largely succeeded in dodging the family business up to that point but was finally drawn in. It was the beginning of a 25 year partnership that ultimately evolved into a family of resource investment publications that most people know David by.

Working in a business that saw some of its nastiest cyclical downturns during his tenure gave David a keen appreciation of life's difficulties and the need to persevere when the odds seem long. Those were lessons he never forgot. Even when he became successful he always appreciated the difficulties of those starting out. In a very competitive business that can breed large egos, David was never arrogant. He always had time for everyone and was always patient in listening to people's stories. He offered good advice and encouragement whenever he was asked. In short, David was a kind person.

David was also a thinker. A real thinker in the way that very few are. He loved to consider problems from every angle and work his way through long chains of reasoning. He read history, politics and economics widely and had a full appreciation of the ways societies change over time. Never a follower, he talked about some of today's most important issues and changes in the world long before most others had even thought of them.

David was not all about work however. He always loved art and appreciated those that create it. In his early twenties, David started collecting original pieces, sometimes spending a large chunk of his summer earnings on a new painting. He continued collecting through his adult life. He wasn't a trend follower here either. He liked to find artists early in their careers and bought what he liked, never what was trendy.

He often returned from overseas trips with pieces of art to go with the pieces of rock. His home is full of interesting small sculptures and eclectic objects d'art and much of his furniture is one of a kind creations by local artisans.

David never married but had a wide circle of friends. While he liked a bit of time alone to contemplate he was nonetheless very convivial. He knew a good restaurant when he saw one and frequented many of them, entertaining friends and colleagues alike.

Dave always tried to be objective in his writing, so many who know him only from that might be surprised to learn that something his many friends valued most was his sense of humour. David loved to joke and tells stories and never minded when the tables were turned. He didn't take himself too seriously and didn't expect others to. He had more than a bit of a gift for sarcasm and his friends recognized the mischievous glint in his eye when he was about to deliver it.

He was generous with friends and strangers alike. If he spotted a bottle of wine or special item he thought his guests would like he would always order it. It was just something he did. He certainly didn't expect others to underwrite his taste which is one reason he was always quick to grab the bill at the end of a meal.

David was just as generous with his time and advice. Many, many times a meeting intended to sell David and Eric on a company or project evolved into David making suggestions on exploration or changing presentations or giving pointers on how best to sell their ideas.

Like anyone in his line of work David always had many demands on his time but was always willing to listen to other people's stories and ideas. Dave always worked long hours, partially because he gave his time so freely in this manner. Most people knew that so his phone rarely stopped ringing. He didn't really mind though since he loved his job and loved a good conversation.

David didn't have children but he had nieces and nephews he adored. He always had time for them too and loved to take them places and show them new things. He was always happy to step in and help brag about them on their parent's behalf. His brothers always tried to counsel their children to go easy on the gift suggestions to Uncle Dave. He was the softest touch around and even the most outrageous requests would be happily delivered on.

By this point you must be thinking David was a saint who must now be growing wings. He was a good man in the truest sense that few men are, but he'd be rolling his eyes at all this praise. Lest you think he was perfect it should be noted that David did have some issues with, well, punctuality.

His brothers would fondly - well, sort of fondly - refer to it as "Dave Standard Time". David lived by the clock; it just wasn't the same clock as the rest of us.

When he and Eric had a lot of meetings to cover, Eric was known to quote earlier (false) times to Dave in the hope he would arrive at something approximating the actual meeting times. David's many colleagues knew they could linger over lunch before heading to a meeting with him without fear that he'd be waiting at their office door tapping his foot.

Dave's family always viewed with wonder his million plus Aeroplan miles total. Not because they didn't know he travelled constantly but because that total implied he must have actually arrived on time for hundreds of flights. Eric often commented that David was sure to be late to his own funeral. Of all the predictions he's made over the years that is the one Eric most bitterly regrets being wrong about.

David loved life and he lived it fully and well. Everyone wants to be missed when they are gone and know they were and are loved. Even so, he wouldn't want us to dwell on the negatives and would rather be remembered holding a glass and wearing a smile. Anyone who chooses to explore as a vocation has to be an optimist above all. Dave was and he'd want us to take what good we can from this and keep moving forward.

David loved widely and was loved in return. He got to see virtually every part of the world and enjoyed many good friendships and work that always engaged and interested him. The rest, Dave would say, was just details.

Those of you who knew David well will know that the comments about his lack of punctuality were no exaggeration. He was really, really bad at showing up on time. With that in mind I'll pass on a short story about David's funeral.

After the church service, the immediate family went to the cemetery while his friends headed to a reception in his honour. We had to make a stop on the way. When we headed back to the highway we noted to our horror that the hearse that led the procession was making a wrong turn. We had no choice but to go the correct way and hope the driver of the hearse would know a back way to the cemetery.

Twenty minutes later my brothers and I (David and I have two older brothers, Terry and Ian) found ourselves waiting at the cemetery with our mother and families but without David. Fifteen minutes later the hearse rolled in. My brothers and I looked at each other then started laughing hysterically. David, god bless him, actually HAD managed to arrive late for his own funeral!

I'll admit to not being a particularly religious person but sometimes things happen that just make you go "hmmmm". Knowing the person David was I know that if there is a better place to go to he's on his way there. And if there is, I'm equally sure our father, one of the most punctual people in history, is already standing by the gate muttering "where the hell has that kid gotten to this time?!"